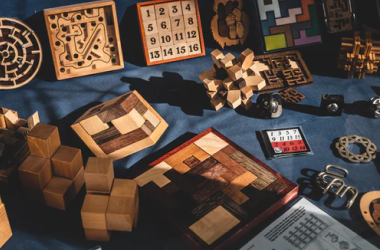 From Head Injury To Head Case: 3 Reasons To Expand The NFL Brain Beyond Concussion Awareness

Home » From Head Injury To Head Case: 3 Reasons To Expand The NFL Brain Beyond Concussion Awareness

This past week a wonderful article entitled “NFL is Head-Serious About Safety” written by noted sports columnist Rick Telander came out in the Chicago Sun Times. In this excellent call-to-action piece of press, he tells the story of the NFL becoming more attuned to the subtle yet substantial effects that a blow to the head can have on a football player’s health. As someone who has conducted hundreds and hundreds of neuropsychological evaluations, I can personally attest to the dramatic ways cortical damage or bruising of the brain can have on a wide array of aspects touching on emotional and physical health. It is about time that public awareness increased regarding this growing problem, and I applaud the NFL for organizing committees and various dialogues looking to make a radical culture change around all aspects of the game: from health history data to equipment modifications.

I invite readers consider more closely the topic of brain development in professional athletes. What do I mean by this? For years, prior to today’s neuro “a-ha!” moment, we have seen peak performance questions limited to a realm mostly called “performance enhancement.” If you asked any elite athlete what word associations come to mind when you say this phrase you would get responses like:

Doing a performance enhancement search for resources on Amazon.com shows a radical preference of thought towards mentalism: if you put the word “mind’ in front of “performance enchancement,” as opposed to “brain,” you get nearly four times as many hits to choose from. In my job as a neuroscience-based consultant working with high-performers worldwide, I can tell you that there is a huge paradigm shift in the making, and it has to do with the brain – not the mind – holding most of the secrets to mastery, both on and off the field/court. And here is the kicker: this is true with or without prior head injuries or concussions. When I conducted a random sampling nationally of psychologists, including sports psychologists, over 50% of these professionals commented that the brain was mostly influential in high impact situations, but that working with the “mental aspects” was something different, and highly generalizable to most athletic situations where behavior change or performance improvements were needed. It is as if a Descartes-like dualism is rearing its ugly head, ignoring neuroscience research that has shown time and time again consciousness is a matter of the brain. Consider the irony: sports psychology choosing to ignore the body, as though the brain were not as much a part of the body as are the muscles and bones of an athlete.

But this is not surprising. Most PhD programs in psychology teach brain-based information only around psychiatric disorders, as if to imply the brain can not have impairments of thinking “under the 68% of the bell curve” where many “normals” find themselves. My work has confronted this myth head-on, and has focused on promoting innovative brain-based technologies for use in uncovering basic decisional illusions that most psychological performance enhancement work misses, and that when fixed could make “brain prevention and optimization” more of a standard phrase. Though I am glad that concern about head injuries is bringing brain impairments to the forefront of awareness, it is time to acknowledge the role of neuroscience in the brain’s decision-making even before a head injury. Without a brain-centric performance philosophy that addresses both sides of the continuum (optimization and impairment), we will be shuffling deck chairs on the neuro-Titanic: for the brain is wired to feel correct, not to be truly effective in its decision-making. This is hardwired and not necessarily impact-related. With a plot twist like that, you are destined to write many a harrowing athlete story, some of which we have seen in the headlines from Tiger to Zambrano to Roethlisberger. Even more of such stories remain imperceptible to us, expressed only in the thought bubbles above the heads of athletes: things that do not get spoken, yet create situations of ambivalence or “stuckness.” These athletes are shuffled around, ignored, or fall victim to rationalizations that their sheer willpower can fix their problems.

So, in the interests of blowing up the NFL brain even more, beyond the “good fire” that was started by Rick Telander’s recent article, here are 3 radical brain truths that professional sports cannot ignore any longer:

1.What got you here won’t get you there. This great statement I first heard from my executive coaching colleague, Marshall Goldsmith, in his brilliant book of the same name. In this brain dialogue, it holds much truth. Most transformational moments in people’s lives have an invisible train track switch that is tricky to flip because it is usually hidden under a half-truth that we buy into and has helped us solve many similar problems at other points in time. Effort, hard work, focus, or concentration all seem at these instances to do the opposite of what is needed. And many times working on visualizations and imagery won’t get you out of it. Most of us are walking around with imbalanced brains from emotional traumas and compulsive patterns that we have overcompensated for and called normal, in much the same way we pull our steering wheel to compensate for a car out of alignment. There are innovative brain-based procedures that help set that under-the-consciousness radar straight way before we use words and therapy to grow the change we desire.

2.Most of human behavior is predictably irrational without head injury complications. This is a critical point to understand, for it screams out the hidden assumption that brain issues are for those impaired; and that if you are not impaired then you must be normal; and if you are normal, then you are rational and logical. Most of the training I received in psychotherapy really followed this logic, as I was supposed to flag disorders that needed intervention and treatment, and then those outside that arena, well, we could get together each week in sessions and talk about strategies to change. Little did I know I was merely describing the water as they drowned and calling it “success,” as people would leave the office, do something different, make a rationalization the next time that reduced the dissonance, and we would start the circle all over again. Neuroscience and behavioral economics have helped us finally understand that the “deciding brain” is quite different than the brain that engages in supposed rational dialogues. New assessment tools have been designed in order to increase the meta-cognition that we use in my work to help close this gap.

3.There is another side to high performance that rarely gets acknowledged and worked with. Be careful what you wish for it may come true. Most performance enhancement interventions solve a problem linearly and do not include systems thinking. That is not a fault, per se, but it is an accurate perception, for that is what these people are hired to do. But many times, as systems thinkers have taught us, changing one wheel without working with the other 10, say, in a life system can cause some inadvertent consequences. The brain’s mechanisms and communications are a system following many laws of homeostasis. If you push down on an air bubble, it is going to even out and pop up somewhere else. High performance lifestyles/goals and decision-making grounded in sustainable, reality-based perceptions have grown oddly apart from each other, as we have seen in the headlines of derailed, at-risk athletes. Understanding the distinctions between pleasure and joy, and understanding the neurological curveballs thrown to the consciousness of an athlete, are issues rarely addressed in traditional treatment programs and talk therapy. Such understanding cannot be achieved without working with the undertow of the limbic system that is helping call the emotional shots.

Perhaps all brains are being called to grow to a higher level here: the athletes and the administrating bodies around them that both have to use their brains in order to conceptualize what is best for making lasting change and improvements in the self that is in and around the world of the game.

Visit the Website for Grey Matters International at: WWW.GREYMATTERSINTL.COM