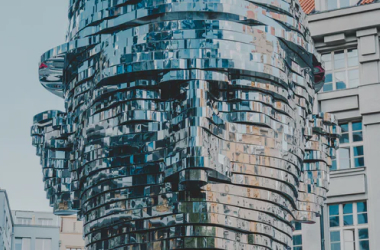 Inside the Brain of a Weiner: 3 Ways It May Not Be So Different From You and Me

Home » Inside the Brain of a Weiner: 3 Ways It May Not Be So Different From You and Me

Like you all, I am both oddly perturbed that Congressman Weiner’s sexting scandal is front page news and mildly intrigued. No, not from some perverted visual curiosity of the inappropriate pictures, but from a neuroscience side—-this incident, for me, is rich with key commentaries about:

While many are responding on the level of citing reasons for resignation or how best to Tweet and do social networking with better judgment, I feel as the brain guy i am circling a different orbit all alone. That is, I feel compelled to look a bit deeper at what the implicit assumption is that we are breezing over, so as to open up a new way of looking at an age old dilemma. To me, the implicit assumption underneath the outrage is:

Though people may having different adjectives and phrases they would want to add or subtract here, it would seem that the point would remain—-any justification of removal from office hinges on the premise that in some substantive way this scandal represents a significant aberration from the ‘norm’

But what if our ‘normal” isn’t normal?

That is, what if what we are comparing Congressman Weiner to a fictitious ideal? Before people jump down my throat that I am condoning or even encouraging such behavior I am not. But I am saying once one studies neuroscience and takes a look under the hood a bit on what is true and what is not about human decision making processes, one yawns at such decisions. And to me, there is a difference between endorsing behavior and saying that the decision to embark on that behavior is a result of processes IN US ALL. And it is in this light, that I would like to share a few facts about information processing and the brain that many CNN commentators know nothing about and yet if they did could radically change how we view politicians, ourselves, and our sense of what is “normal”.

1. There is no unified “one self” that should be coherent in its identity. If you think about it, at the core of the disdain for Congressman Weiner’s behavior is a belief that there could be no possible way a loving husband who has a pregnant wife could be also doing something like perpetuating multiple online relationships with women. That such a pattern of behavior would be alarming and likely worthy of some addiction treatment or certainly psychological counseling. Though I am not in a position to make any such claims, I can say there is another theory explaining this behavior—-as Prof Kurzban from the University of Pennsylvania explains in his work, the mind is modular in nature and has competing, contradictory processes going off all the time with no “one” master self running the show. This has been proven in many neuroscience circles and yet we are persistent in the myth that there is this “I” separate from dissonant-reducing processes that actually drive our decisions.

2. That truth and transparency are not the same thing. Much of the hoopla around this ordeal with the Congressman centers around frequent uses of this word “transparency”, as if its the mother of all words. Whether I am listening to a commentator chide the Congressman for not being “transparent” early on as he should have been or a tutorial about what you should or shouldnt be transparent about when Tweeting, they are superficial arguments, akin to arguing over what interior design of a car is more optimal while ignoring it has only 3 wheels. You see, once you study the brain, you realize self-deception is inherently part of the whole game of what it means to be conscious. That heuristics are developed to make sense of the world that deny much of the real world data of what is actually happening around you. To me, truth is a greater construct than transparency but we intermingle these words haphazardly like they are the same. They are not. If one cared to know about the truth of how the brain works, well, quickly it would put to rest fruitless dialogue about “the need to be transparent.” The fact is truth about truth sucks—and it is easier to talk about safer terms.

3. That not only it is possible to be a great Congressman and sext, but that all contradictory behavior needs to have better systems of thinking to accomodate the “why” behind it. Look, I am not advocating deviant behavior. But I am saying that the inner and the outer world that we have grown so comfortable to shame and judge is inherently in us all. If we dont sext, we carry pride and ego illusions that distort our actions. If we dont father a child outside our marriage like John Edwards, we may love withdraw from the one we shouldnt. Or, we just may be a psychologist talking mental health practices all day in therapy and have an anger issue with our spouse. If there were reality shows that showed every devout and honored profession that we entrust out there in an “after hours capacity”, what would we see?

Something more ghastly than a weiner. Our own self.

Visit the Website for Grey Matters International at: WWW.GREYMATTERSINTL.COM